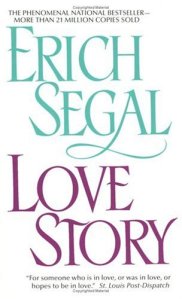 I’m a writer of Love Stories myself. But I rather reluctantly admit that the only credible romantic novel or book I have ever read is the book, ‘Love Story’ by Erich Segal. I read the book and became a fan of his almost about 12 years back and I still believe that there are very few in the world who can match Erich’s narration capabilities.

The author of the popular books ‘Love Story’ and ‘The Class’ tragically died of heart attack couple of weeks back (on 17th January 2010 to be exact). It is sort of a personal setback to the readers and writers who had taken up romance as the topic to read or write respectively. Erich’s novel ‘Love Story’ in particular became the house hold name and remained in circulations for almost 3 decades after it was first published in early 1970. The ‘Love Story’ is regarded as one of the top best selling novels of all times on NYT’s best seller list. A movie made based on the novel also went on to become the biggest hits of the 1970 receiving several award nominations.

Erich Segal had been suffering from Parkinsons disease for last 30 years, a reason he could not deliver more interesting novels to the reader community. Never the less he will still be remembered for his best works. In fact for all his works are regarded very highly.

A love story he started still rules a million hearts around the world. His love story may have ended on 17th, but the soul of the story continues… I offer a tribute to the great writer.